Gabe Mayhan has compiled a diverse body of work over the course of his career. Whether it was from his time covering breaking news or crafting stylistic narrative stories, he approaches each project with dutiful ambition, respectful collaboration, and innovative technique. His work has been screened at film festivals such as Slamdance and Tribeca, broadcast on HBO, Showtime and PBS, and screened theatrically across the US.

2016 saw two films lensed by Gabe released theatrically, Greater and Lazy Eye. Greater is a heartfelt drama set in the world of college football, and Lazy Eye, is a bittersweet romance about reconnecting with a lost love. Although very different in style and content, both films have been well received.

Other forthcoming works are the feature films; All the Birds Have Flown South, a southern gothic drama that deals with despair and addiction, and Antiquities, a coming of age comedy about a young man encountering loss and finding himself in the journey.

Whether behind the lens or in the director’s chair, his work on documentaries is gaining attention as well. Champion Trees, a PBS documentary that explores the relationship between art and nature captured two Emmy’s for Best Documentary and Cinematography in 2014. And Dream Land, a film that explores the lasting impact of Urban Renewal’s relationship with African American neighborhoods. Dream Land was nominated for 4 regional Emmy’s including Best Doc & Director in 2017. In both Champion Trees and Dream Land, Gabe held double duties as the films’ director and cinematographer.

Gabe’s unique vision and strong understanding of story have quickly gained the interest of filmmakers and audiences around the country. He brings an understanding that each project should have a unique visual language, and within each story there is an opportunity to evolve the narrative emotionally through the cinematography, allowing the film to be seen — in its best light. 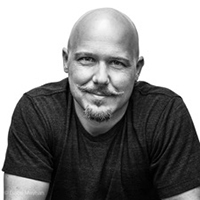