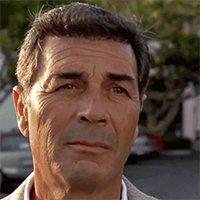 Robert Forster was born Robert Wallace Foster, Jr. in Rochester, New York. After earning a BA in Psychology in 1963, Forster took an apprenticeship at an East Rochester theater where he performed in such plays as “West Side Story”.

His movie debut came in the drama Reflections in a Golden Eye (1967), which starred Elizabeth Taylor and Marlon Brando. Forster went on to appear in small and minor roles alongside some top Hollywood actors in films like The Stalking Moon (1968) and Medium Cool (1969), and Justine (1969). In 1971, he also took the part of a hardboiled detective in the TV detective series Banyon (1971)

Forster later starred in The Black Hole (1979), Avalanche (1978) the cult horror flick Alligator (1980), and starred as the factory worker-turned-vigilante in the thriller Vigilante (1982). Forster also took the lead as a taxi driver in Walking the Edge (1985) and co-starred in ‘The Delta Force’ (1986), opposite Chuck Norris.

In the mid-’90s, Forster’s career was given a huge boost of respect and attention when writer-director Quentin Tarantino cast Forster in the role of the tough but sympathetic bail bondsman Max Cherry in Jackie Brown (1997), a role which netted Forster an Academy Award nomination and international recognition. Since then, Forster has been a staple of our Silver Screen, acting in many big-budget Hollywood productions such as All the Rage (1999), Gus Van Sant’s Psycho (1998), and Supernova (2000). 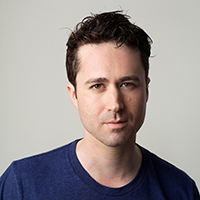 Born into a family of show business, Gilly Leads came into this world as Aaron Gleason. His Grandfather is game show host Monty Hall. His father, Paul G. Gleason, is a very well known acting teacher in Los Angeles. His mother, Joanna Gleason, is a highly credited actress. In 1988, she won the Tony award for best actress in a musical for “Into The Woods”.

Aaron chose the name “Gilly Leads” when he was 19, with his parents blessings, and re-christened himself a Rock and Roller. After going to Emerson College and USC Film School, he devoted himself permanently to his music and his band, “The Midnight Radio”.

The Midnight Radio takes its name from a song in the musical “Hedwig and the Angry Inch”. With Gilly on ‘leads’ vocals, the band has gone on to become very successful while maintaining their street credibility. 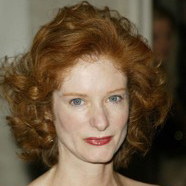 Lisa made her feature film debut as the young “Julia” in the acclaimed film, JULIA, with Vanessa Redgrave and Jane Fonda, and helmed by renowned director, Fred Zinnemann (High Noon). Lisa relates, “That was a magical entry into the world of filmmaking. Mr. Zinnemann took me under his wing when he saw how much I wanted to learn .. about the entire process of filmmaking. He made me feel that my ideas were important, and he actually listened to what I had to say. It was a very special time.”

Among her other honors: Best Director: ADA (Artistic Director Achievement Award) for directing “‘night, Mother” at The Interact Theatre Company; both lead actors were nominated, and one received Best Actress. Best Actress In A Comedy: ADA (Artistic Director Achievement Award) for her leading role in the world premiere stage production of “Panache”;

Outstanding Performance: Drama-Logue Award for her one- woman performance in the world premiere stage production of “Only A Broken String of Pearls” (now called “Zelda”) portraying the life of Zelda Fitzgerald;

Besides various forms of dance, Lisa is also a 5.7 rock climber, and has performed many of her own stunts. 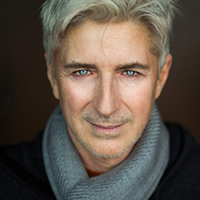 He was quickly given the leading role in MGM/UA’s cult musical-fantasy, ‘Electric Dreams ‘ opposite Virginia Madsen (1984). Many more extraordinary performances followed, including “Under the Biltmore Clock’ (1984), ‘Blind Vision’ (1992), ‘Jennifer 8’ opposite Andy Garcia (1992), Edward Zwick’s ‘Leaving Normal’ (1992), and the title role in Billy Galvin (1986), opposite Karl Malden.

In New York theater, Lenny created roles in “Asian Shade”, “The Team”, “Twister” and “Vanishing Act” and “The Maderati”, both by Richard Greenberg. For nine months, he starred in Carol Churchill’s hit play “Cloud 9”, directed by Tommy Tune, followed by The Roundabout Theatre Company’s revival of “Desire Under The Elms”, opposite Kathy Baker. He has starred in “Hamlet”, “Romeo and Juliet”, Joe Orton’s “Loot”, Wedekind’s and Lanford Wilson’s one-man play “A Poster of the Cosmos”.

On the West Coast, Mr. Von Dohlen has been see in Wedekind’s “Lulu” at the La Jolla Playhouse, “The Blue Room” at the Pasadena Playhouse, in “Theater Distric” at the Black Dahlia Theater, and at the Theater & Boston Court played “Voltaire” in the much acclaimed World Premier of Jean Claude van Italie’s “Light” garnering the Los Angeles Critics Circle and Ovation Best Actor Award nominations.

Most recently, Lenny starred as Oskar Knight in ‘The Oskar Knight Story’ (2019) and as ‘The Pope, Valondis’ in Seth McFarland’s hit Sci-Fi comedy series ‘The Orville’. 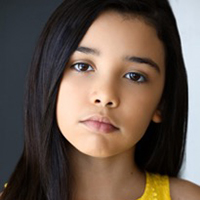 Cali DiCapo is a child actress and model from Orlando, Florida. When her family moved to California, precocious and happy Cali jumped at the chance to pursue acting and modeling in Los Angeles.

Not only did she book her very first audition, Cali became a member of SAG-AFTRA in 2016, and regularly been appearing as Young Jane on the critically acclaimed ‘Jane the Virgin’ since season 4.

Whether she’s acting in films, television, in Super Bowl commercials, or in life-size store-front posters – or whether she’s dancing the hula, sword fighting or learning to code, Cali DiCapo tackles each opportunity with determination, dedication, professionalism, and above all, joy!

In her spare time, she enjoys reading, volunteering, and hanging out with her family. 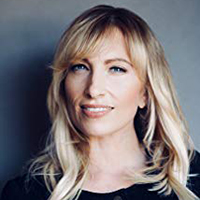 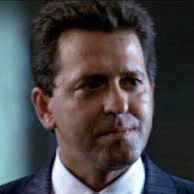 Frank Pesce is a versatile and multi-talented actor with a well-known face and a penchant for playing down-to-earth, highly authentic, characters. His many credits include One Man Jury” (1978) with Jack Palance, the crime picture “Fingers” (1978) with Harvey Keitel and “Paradise Alley” (1978) with Sylvester Stallone.

He also appeared in the comedy “Tilt” (1979) with Brooke Shields, the drama “American Gigolo” (1980) with Richard Gere, the Jan-Michael Vincent action picture “Defiance” (1980), and Nicolas Roeg’s ‘Eureka’ with Gene Hackman and Mickey Rourke (1983).

His extraordinary, real-life, experience with the NY State Lottery was also dramatized in the 1991 film, 29th Street (1991), starring Danny Aiello and Anthony LaPaglia, and directed by George Gallo (Midnight Run).

Howard Ryals is an actor and producer, known for Nasty (2017). 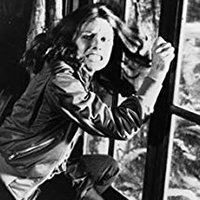 Belinda Balaski, born in California with acting skills instilled at birth, began working at age five. Throughout her career she has starred in many feature films, movies of the week, commercials and guest starred in dozens of TV shows. Honored with an Emmy for starring in Best After School Special, “The Runaways,” Belinda also received two Emmy submissions for “Are You My Mother” with Michael York and “Proud Men” with Charlton Heston and Peter Strauss. Her theatre background has earned her the Los Angeles Drama Critics Circle Award, and two Robbies. Don Knotts, Nick Nolte, Charleton Heston, and Cloris Leachman are just some of the famous actors Belinda has starred alongside throughout her impressive career. Balaski’s more memorable roles include a hippie chick in the hilariously cruddy made-for-TV hoot “The Werewolf of Woodstock” with Andy Stevens, Lynda Carter’s sweet best gal pal Essie in the exciting redneck crime/action winner “Bobbie Jo and the Outlaw,” an imperiled pregnant woman with Marjoe Gortner in H. G. Well’s “The Food of the Gods,” and Robert Carradine’s surfer girl in the cross country road race romp “Cannonball.”

Belinda has starred in a dozen Joe Dante films; her best-ever Dante parts are a summer camp counselor in “Piranha,” a spunky go-getter News Producer in the now classic “The Howling,” a spoof 1950’s sci-fi movie called “Amazon Women on the Moon”, and a harried working class mother in the wonderfully raucous “Gremlins I & II.”

Among other TV shows Belinda has guest starred on “Baywatch,” “Eerie, Indiana,” “Father Dowling Mysteries,” “Falcon Crest,” “Our House,” “Simon & Simon,” “Hunter,” “The A-Team,” “Vega$,” “Starsky and Hutch,” “Charlie’s Angels,” the Emmy Award-winning “The Runaways”, “S.W.A.T.,” and “Baretta.” In the late 80’s Belinda created BB’s Kids Acting School where she teaches both kids, teenagers, and adults in theatrical, commercial and musical workshops; passing on the knowledge she has acquired throughout her four decades in the entertainment industry. As an actress, teacher, painter, photographer, writer and a mother, Belinda continues to create at every turn, loving every minute of it! 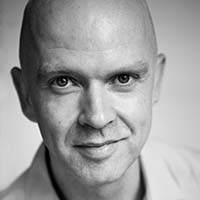